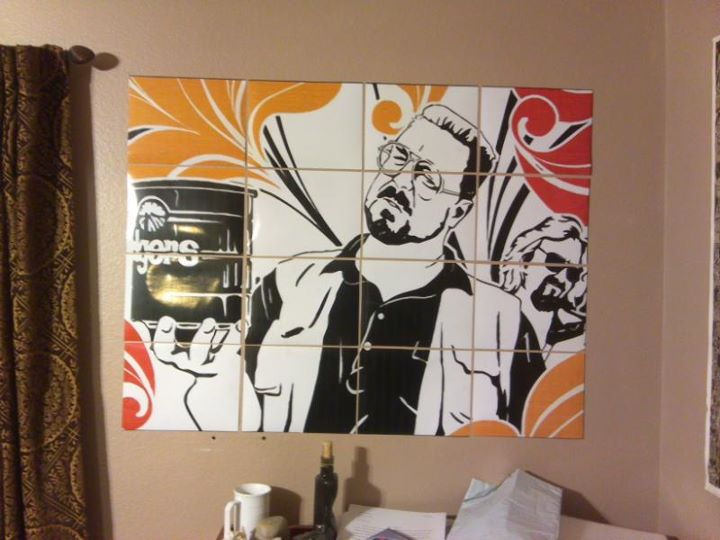 12 Incredible Movie Posters You Can Make at Home

Making your own movie memorabilia can be an expensive business. Just ask the guy who spent £18,000 turning his car into Kitt from Knightrider!

But making your own posters doesn’t need to break the bank. As these people found out, you can use Blockposters.com to make stunning, professional-looking posters to celebrate your favourite films and decorate your home. All completely free!

For each example, we’ve included a version of the image that you can use to make your own giant poster, for no cost whatsoever. Click here to find out how it all works, and check out the movie posters below.

1. Let’s start with a classic: The Big Lebowski’s main cast

The 1998 film is brought to life by these incredible artist-renderings. You can get the whole set here, also featuring Julianne Moore as Maude Lebowski in full Viking Regalia. 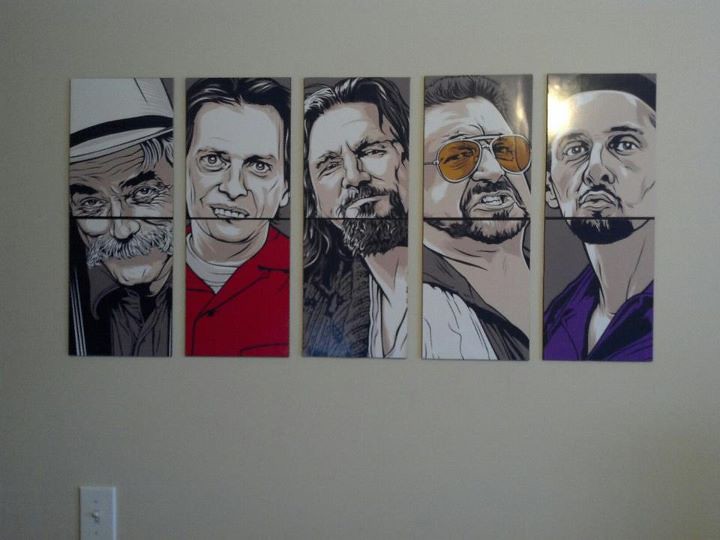 2. An Arty Print of Walter from The Big Lebowski

The Coen Brothers have created dozens of the most memorable characters in cinema, but few are as memorable as the Jewish Vietnam Vet, Walter Sobchak. In this poster, he’s the centre of attention, but The Dude also features in the background.

We won’t spoil the film for you by saying what’s going on in this scene, but rest assured, it’s worth immortalising on your wall.

You can find your own version at this link. 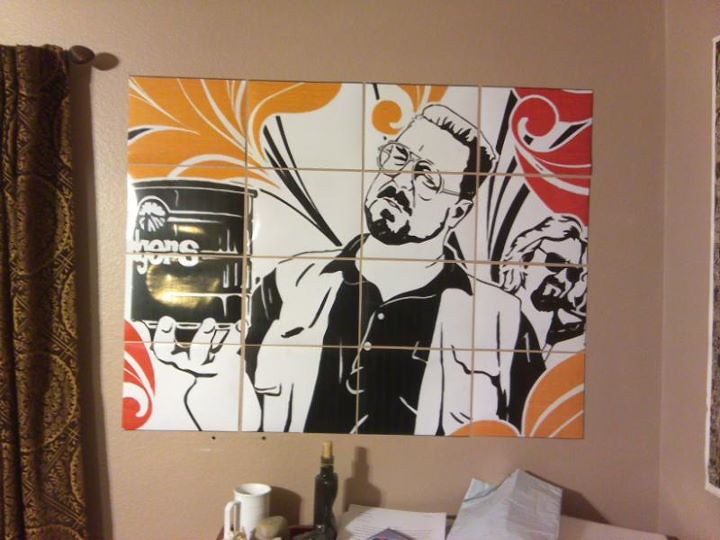 One of the most iconic political posters of the last century is reimagined (and some might say improved…) in this poster featuring Ironman from the recent run of films.

You can grab a version here. 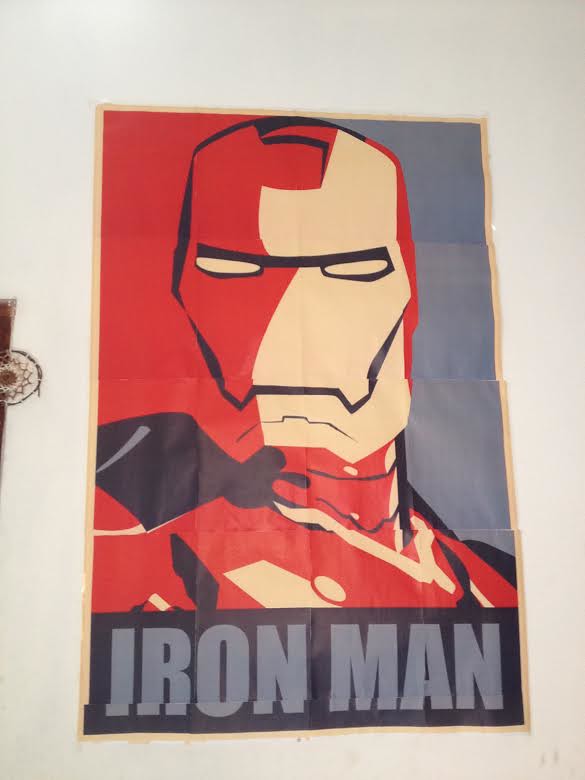 4. A still from the sniper scene in Léon: The Professional.

A movie that was instrumental in catapulting both Gary Oldman and Natalie Portman to superstardom, Léon was a tense action drama, and cinematic masterpiece.

This scene featuring Jean Reno and Natalie Portman making good use of a sniper rifle makes a great print for any fan’s wall.

You can get a version here. 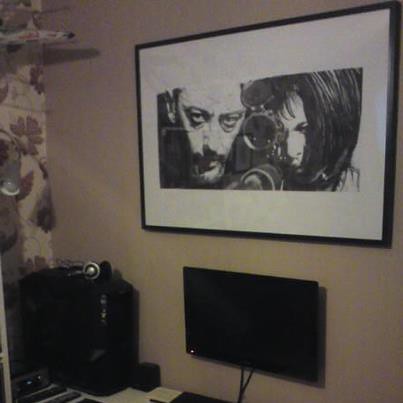 Few people epitomise the idea of youth and nostalgia better than James Dean. A cultural icon, this poster says everything you need to know about the king of cool.

Enjoying a cigarette in his infamous Porsche Speedster, he looks like he was born to be on a poster. To start making your own James Dean poster, head over here. 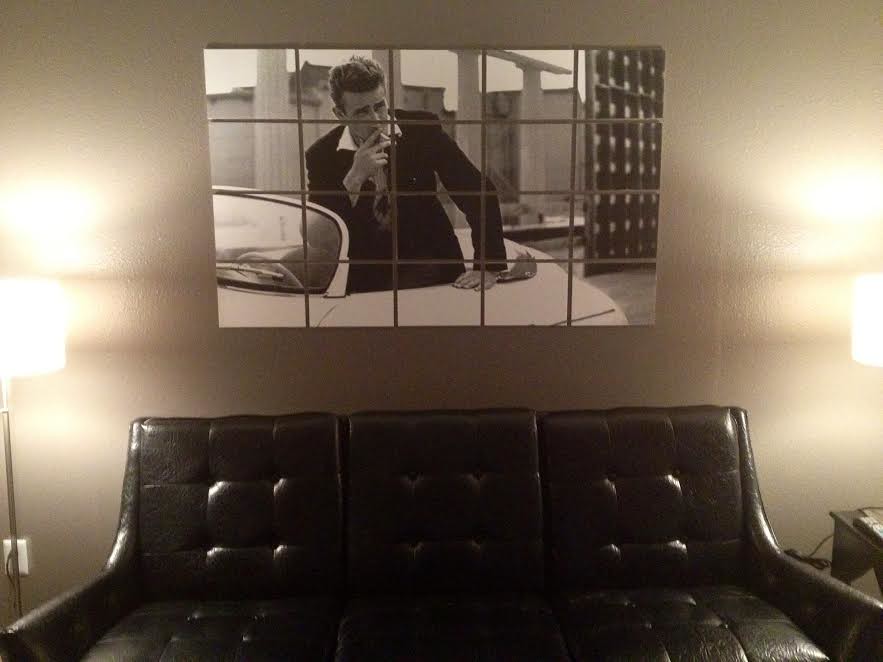 Sergio Leone’s 1966 classic features one of the most iconic moments in film history: The first ever ‘Mexican Stand-off’. The stand-off is recreated here as the eponymous good, bad and ugly characters stare each other down.

You can make your own version of the poster using this image. 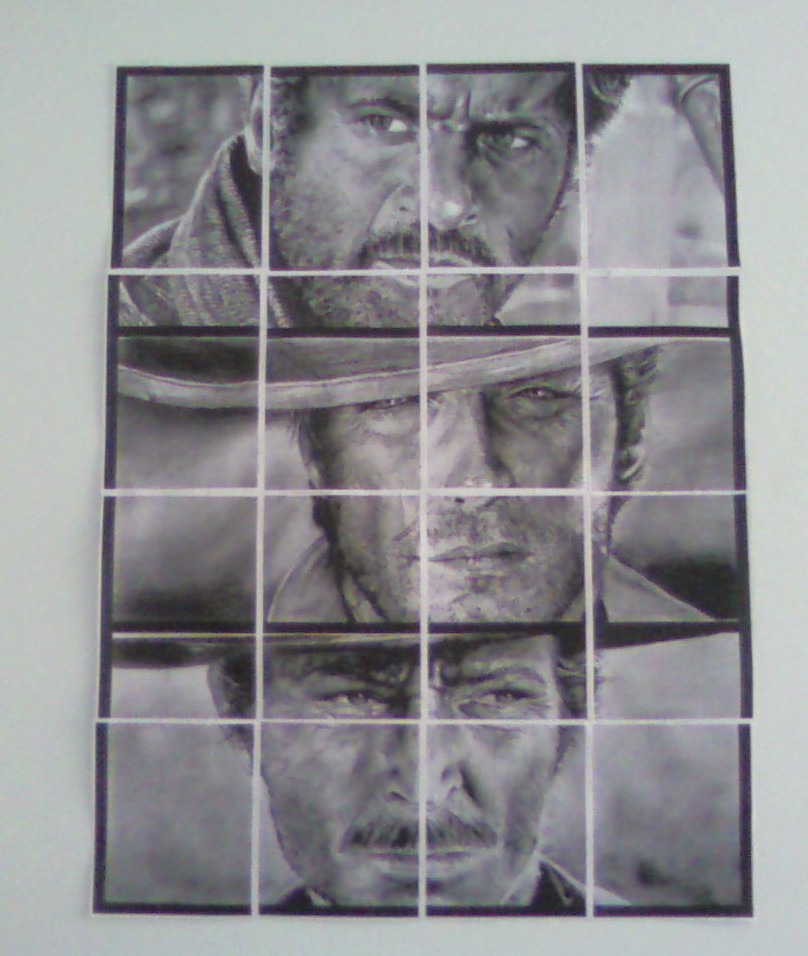 Few films have been as influential and stood the test of time as much as Robert Zemeckis’ Back to the Future. Featuring two of the most memorable characters in movie history, Doc Brown and Marty McFly (played by Christopher Lloyd and Michael J. Fox).

This scene is our first introduction to the Doc, and makes for an incredible poster for a movie fan.

Check out your own version over here. 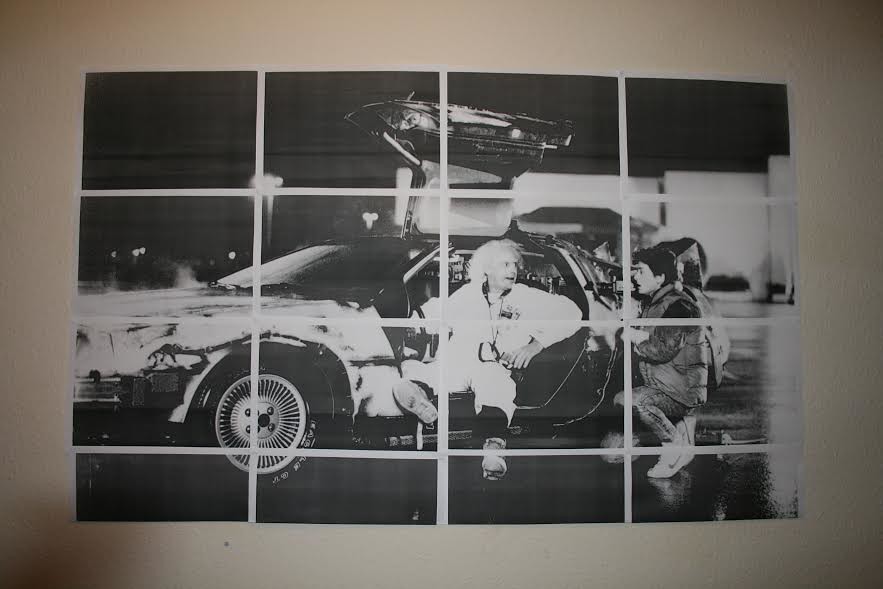 This poster is one of the most widely used publicity shots for the movie, and despite not being from the film itself, is probably the image most widely associated with it.

This poster has all the attitude of the movie, and you can get your own by clicking here. 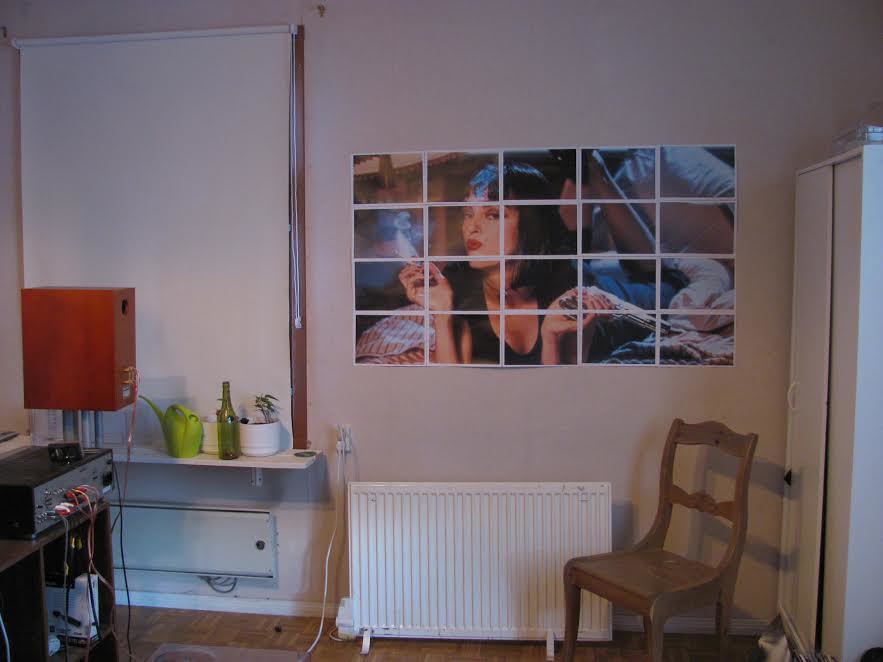 Martin Scorcese’s 1976 movie about an unstable Vietnam veteran is most widely remembered for it’s iconic line:

Are you talkin’ to me?

In one of the climactic moments of the movie, Travis gets out of his taxi with his mind set on violence.

You can decorate your home with one of the most exciting moments of cinema too. Just click here. 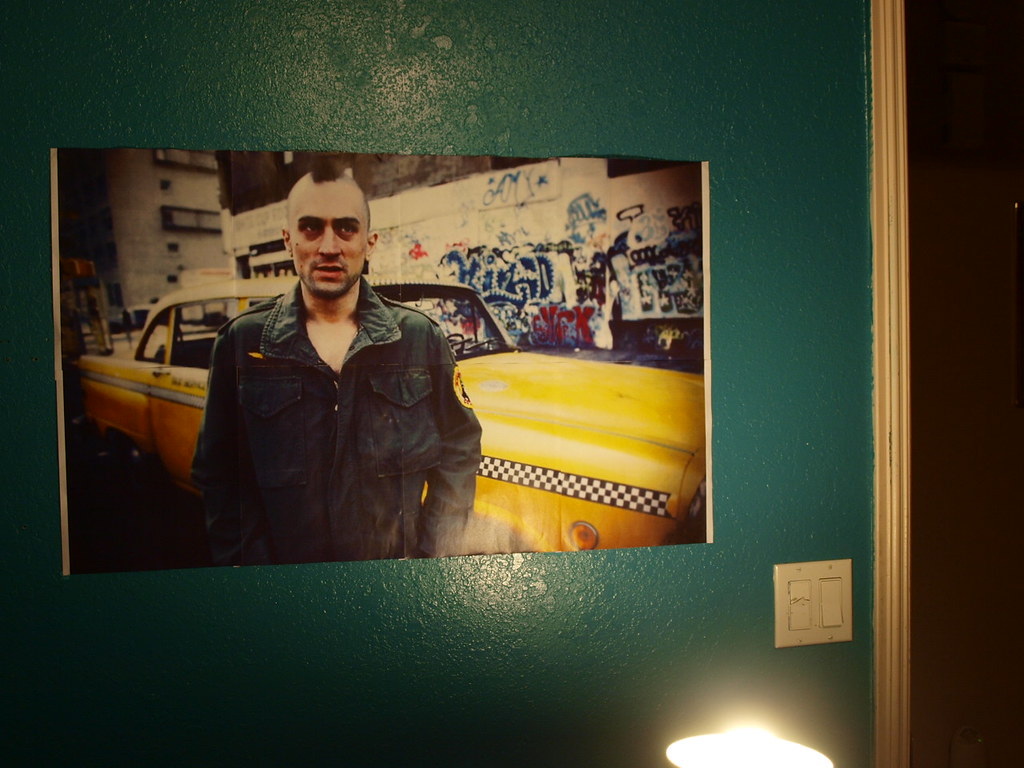 David Linklater’s movie about the dystopian future of the war on drugs is an artistic achievement in itself. The cerebral, jarring animation style ties in perfectly with the movie’s theme, and this poster goes a long way to recreating that level of artistry.

A great piece of standalone art, and perfect for any movie fan, you can a similar poster here. 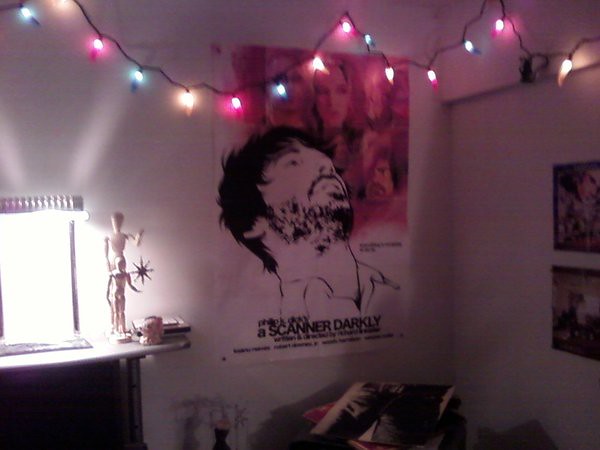 In this promotional shot from The Simpsons movie, Bart and Homer enjoy some father and son bonding while repairing the roof. This poster is just plenty enough to show your love for one of the most beloved series in television history.

You can grab a version of the poster right here. 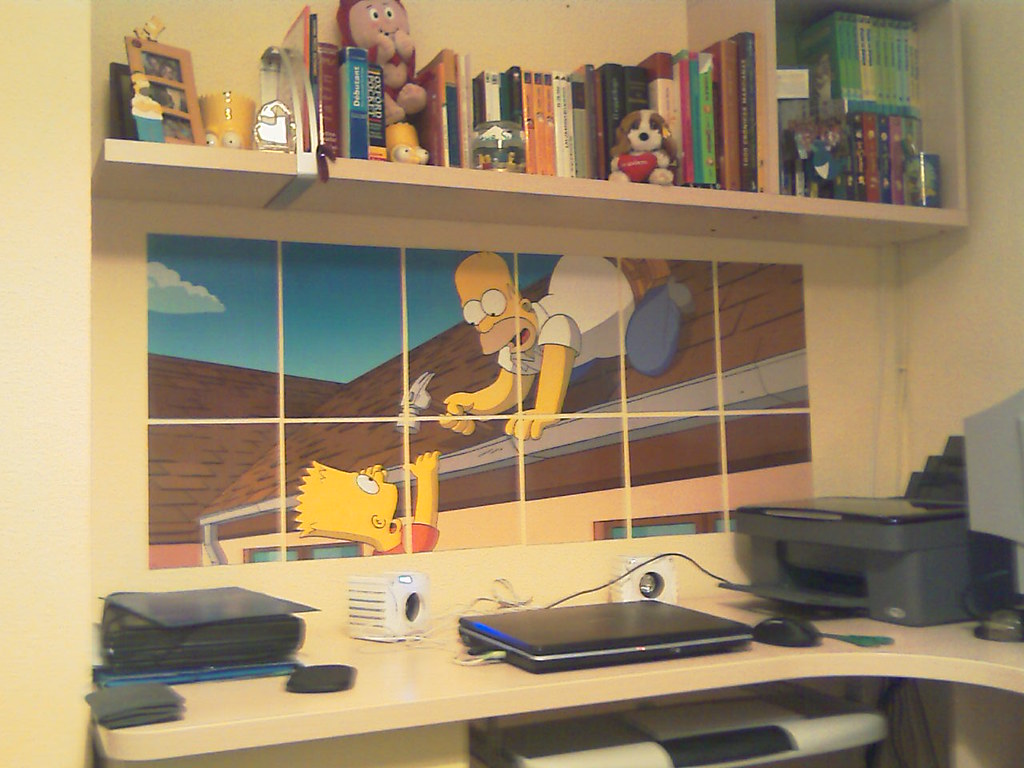 12. Maybe the only way to show you’re a true fan of something…

Take a leaf out of this guy’s book and make your own life-size cardboard cutout.

You’ll need to print the image out and make some careful adjustments with a Stanley Knife, but the results speak for themselves.

If you love Mad Max too, you can use this shot (some photoshopping may be required). 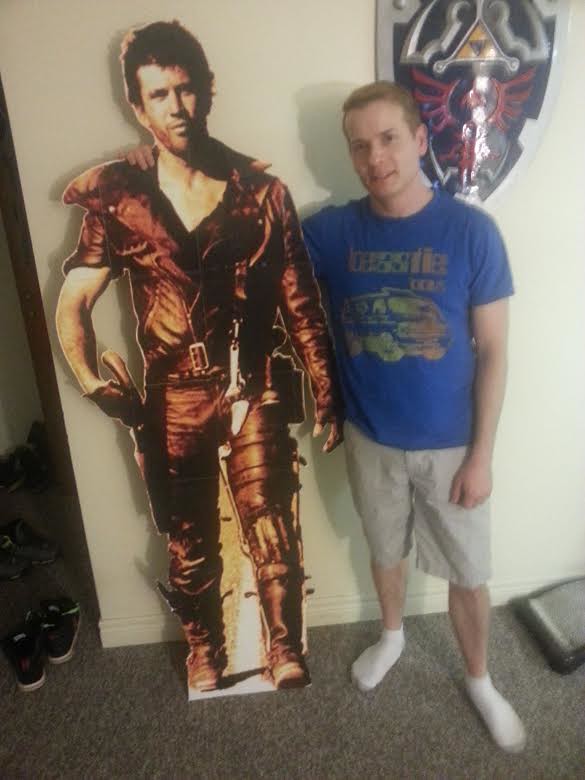 On Monday, March 9th, 2015 Block Posters wrote on the subject of Uncategorised.